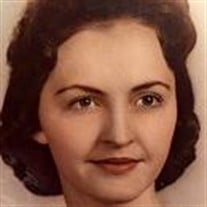 My parents taught & knew this Scripture - did they both know because their Faith had works in deed or their love made these works In deed come to life at the moment of their love!? Whatever the case may be? We are honored & blessed to have seen these acts in a real life love come full circle. They have been reunited in Christ the Father Son & Holy Spirit Charity is Love The Greatest of these. 1 Corinthians 13 1 Though I speak with the tongues of men and of angels, and have not charity, I am become as sounding brass, or a tinkling cymbal. 2 And though I have the gift of prophecy, and understand all mysteries, and all knowledge; and though I have all faith, so that I could remove mountains, and have not charity, I am nothing. 3 And though I bestow all my goods to feed the poor, and though I give my body to be burned, and have not charity, it profiteth me nothing. 4 Charity suffereth long, and is kind; charity envieth not; charity vaunteth not itself, is not puffed up, 5 Doth not behave itself unseemly, seeketh not her own, is not easily provoked, thinketh no evil; 6 Rejoiceth not in iniquity, but rejoiceth in the truth; 7 Beareth all things, believeth all things, hopeth all things, endureth all things. 8 Charity never faileth: but whether there be prophecies, they shall fail; whether there be tongues, they shall cease; whether there be knowledge, it shall vanish away. 9 For we know in part, and we prophesy in part. 10 But when that which is perfect is come, then that which is in part shall be done away. 11 When I was a child, I spake as a child, I understood as a child, I thought as a child: but when I became a man, I put away childish things. 12 For now we see through a glass, darkly; but then face to face: now I know in part; but then shall I know even as also I am known. 13 And now abideth faith, hope, charity, these three; but the greatest of these is charity. This is how they both looked when their love story began - now we have their final Union. Mom will be at some heavenly sort of piano ready to play Dad will be utterly breathtaking in his love - "greensleeves" will begin to play.

My parents taught & knew this Scripture - did they both know because their Faith had works in deed or their love made these works In deed come to life at the moment of their love!? Whatever the case may be? We are honored & blessed to have seen... View Obituary & Service Information

The family of Ms. Becky Jean Hensley Shrader Winter created this Life Tributes page to make it easy to share your memories.

My parents taught &amp; knew this Scripture - did they both know...