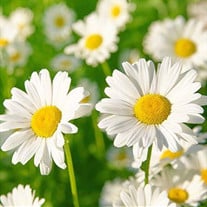 Betty Gail Russell (83) of Etowah, AR, formerly of Ocala, FL passed from this life on December 17, 2019 at the Flo & Phil Jones Hospice House in Jonesboro, AR with her loving family by her side. She grew up working in the cotton fields of Etowah, AR with her brothers and sisters. When she was just a teen Betty Gail moved to Colorado with nothing more than her courage, fierce work ethic, and optimism for her future. Her best friend Vernon Charles Russell followed her with a marriage proposal. They soon after moved to Rockford, IL where she began her career with Southwestern Bell. Betty Gail and Vernon shared three children and over 20 years of marriage. Betty Gail decided the winters were too cold in Rockford and made her home in Ocala, FL. She started her own company where she would fix or repair anything electrical or mechanical. Betty Gail was also a professional seamstress. There was never a time that she didn’t have three jobs at once. Combining that work ethic with her boundless talents, Betty Gail became Southwestern Bell’s first female lineman in the state of Florida. On a trip to Venice she was swept off her feet by a man named Bud Harris. He fell in love at first site and made Betty Gail his princess. From that day on she never wanted for anything. Her and Bud shared over 20 years of marriage until he passed in January of 2018. Betty Gail touched a lot of hearts and impressed a lot of people. She loved to laugh. Her loved ones will always remember the sound of her laughter and her bright smile. She was a beautiful person, inside and out. She put her whole heart into all she did with relentless strength and perseverance. She was preceded in death by husband Vernon Charles Russell, husband Llewelyn George Harris (Bud) and daughter Patricia Cheryl Russell. She leaves behind two sons Charles Vernon Russell and Franklin Eugene (Brenda) Russell both of Jonesboro, AR; four grandchildren Tommy Perkins of Rockford, IL, Robert (Erica) May of Corpus Christi, TX, Eric (Brittany) May of Paragould, AR and Preston Russell of Owens Cross Roads, AL; three great grandchildren; three brothers Rush Edward (Lynda) Nash Jr of Jonesboro, AR, Jimmy Dale Nash of Leachville, AR, Billy Gene (Terry) Nash of Tumbling Shoals, AR; four sisters Linda Lou (Fred) Dickinson of Spring Hill, FL, Dell Edwina (Bubba) Bunch of Mountain Home, AR, Patsy Ann Bunch of Tumbling Shoals, AR and Vicki Louis (Charles) Mobley of Manila, AR; and many nieces, nephews, and friends. A family gathering to celebrate Betty Gail’s life will be held on Saturday, December 21, 2019 at 1 pm at the home of Rush & Lynda Nash, 7043 Hwy 141 North Jonesboro, AR 72401. Tri-City LLC Crematory Funeral Home is honored and privileged to serve the family of Betty Gail Russell. Online condolences may be expressed at www.Tri-CityLLC.com .

Betty Gail Russell (83) of Etowah, AR, formerly of Ocala, FL passed from this life on December 17, 2019 at the Flo & Phil Jones Hospice House in Jonesboro, AR with her loving family by her side. She grew up working in the cotton fields of... View Obituary & Service Information

The family of Ms. Betty Gail Russell created this Life Tributes page to make it easy to share your memories.

Send flowers to the Russell family.