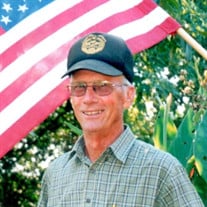 Remembering the Life and Legacy of Husband, Father, Teacher & Friend, Franklin E. Byrd Franklin E. Byrd (80) graduated from his earthbound life moving onto his eternal home early Saturday, December 23, 2017. He was born in St. Louis, MO to the late Elvis and Ethel Byrd. He is a lifetime resident of Manila, AR. Frank met, fell in love with, and married a young German girl who moved to the Manila area. They shared over 56 years of marriage together. Frank completed not only a Bachelor’s Degree, but also a Masters in Biology from Arkansas State University. Frank was best known for his zest for life, his commitment to family and friends, and indicating first hand how special a kind word and a wide smile are to those around you. He was the master of many things: teaching, fishing, hunting, and beekeeping, just to name a few. Frank was especially handy, and was the master craftsman who single-handedly (with the assistance of his family) built the beautiful home that his family still resides in today. He was always willing and eager to help those around him, whether it be capturing a swarm of bees at a neighbor’s home, retrieving a raccoon, squirrel, possum or other small animal from a friend’s home, or filling a need that he spotted for someone in the community. Teaching was his career field of choice, and one that he is still cherished for today. Middle School Science was his specialty, and he is fondly remembered for “his form” of discipline within the classroom. His students not only respected him and enjoyed his teaching techniques, but they knew him to be consistent with his classroom policies and the consequences for breaking the rules. At 80, Frank had long been retired from teaching at Manila High School. He enjoyed working outside projects with friends, deer hunting, and working his raspberries and grapes. Frank was deeply involved in the launch of the family business Tri-City LLC Crematory Funeral Home. He looked forward to, and enjoyed spending time with his family. Frank was a devoted father and husband, and was a strong pillar in the community of Manila. He had impeccable timing, whether it was his witty sense of humor or his love for pranks and practical jokes. He had a prize-winning smile and a laugh that will never be forgotten. His family adored him, and rightly so, he was and still is their hero. He was known for his wisdom and patience, among many other characteristics that allowed him to lead his family with strength, yet loving kindness. He provided an incredible Christian example for his family as a husband, a father, and a Papa, that he will always hold within their eyes. He was preceded in death by his parents: Elvis and Ethel Byrd of Manila, two brothers Edgar Byrd (CA) and Carl Byrd (Manila), and one sister Myron Birge (WA). Frank is survived by his wife, Charlotte Byrd, his two daughters, Rose Lindberg (David) of Memphis, TN and Susan Robertson of Manila; three grandchildren, Jared Turner (Megan) of McKinney, TX, Emily Harrison (Jordan) of Plano, TX and Jordan Robertson of Fayetteville, AR; two great grandchildren; Eli Turner & Harper Harrison. Three nephews: Vic Byrd (Theresa) of Fayetteville, GA, Mike Birge (Kathy) of Pasco, WA, and Ron Byrd (Sharon) of Sacramento, CA; Three nieces: Mary Byrd, Shirley Tindall , Debbie Herman (Fred) of Las Vegas, NV. To honor Frank and the life that he lived, we hope that you will do an unexpected and unsolicited act of kindness for another soul. There will be celebration of life held at the United Methodist Church in Manila, AR at on Saturday, December 30th. Visitation will begin at 1PM and the service at 2PM.

The family of Mr. Franklin Elvis Byrd created this Life Tributes page to make it easy to share your memories.

Remembering the Life and Legacy of Husband, Father, Teacher &amp;...

Send flowers to the Byrd family.