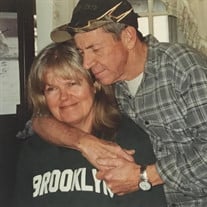 Gary Dale Masterson passed from this life on November 14, 2021, at his home with his loving family by his side. He was born and raised in his hometown of Rector, Arkansas to Jessie and Edith Mae Masterson. Gary loved music and was apart of a family band that played gospel and old time rock and roll. While playing at an event in Kennett, Missouri he met and fell in love with a beautiful young lady named Donna McCallister. Gary and Donna married in 1979 and shared over 40 years together before she passed in April of 2020. He was a farmer who worked from daylight to dark, a breadwinner who provided, a husband who loved his wife and a father who loved his kids. Gary was a hard worker and a driven man who built his family farm by growing a variety of crops including melons, soy beans and cotton. Gary enjoyed fishing, spending time with family, cooking and listening to music. His life reflected his faith and his selfless love and devotion for his family. He was preceded in death by his best friend and wife Donna Masterson; his parents Jessie and Edith Mae (McGhee) Masterson; his sister Shirley Ward and brother Lynn Masterson; two brother in laws Howard Williams and Bill Ward. Gary is survived by his two daughters Autumn Guthrie of Kansas City, MO and Misty (Wayne) Singleton of Rector, AR; his son Thomas Masterson of Rector, AR; seven grandchildren Brooklyn Guthrie, Bella Guthrie and Ryder Guthrie all of Kansas City, MO and Morgan Berry and Tyler Brady both of Rector, AR, Khloe Johnson of Piggott, AR and Bryleigh Masterson of Paragould, AR; two great grandchildren Sam Lamar and Rylee Lamar; one brother Sonny (Linda) Masterson of Rector, AR; one sister Glenda Faye Williams of Piggott, AR; sister in law Wendy Masterson of Rector, AR; along with nieces, nephews, and life long friends. There will be a Memorial Service for both Gary and Donna Masterson at 11 AM on Saturday November 20th at the Bethel Church located at 725 County Road 553 in Rector. Tri-City LLC Crematory Funeral Home is honored and privileged to serve the Masterson Family. Online condolences may be expressed at www.Tri-CityLLC.com.

Gary Dale Masterson passed from this life on November 14, 2021, at his home with his loving family by his side. He was born and raised in his hometown of Rector, Arkansas to Jessie and Edith Mae Masterson. Gary loved music and was apart of... View Obituary & Service Information

The family of Mr. Gary Dale Masterson created this Life Tributes page to make it easy to share your memories.

Send flowers to the Masterson family.