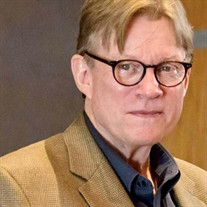 JONESBORO – Joe David Bonner, 74, of Jonesboro passed from this life Tuesday, Aug. 31, 2021, at NEA Baptist Memorial Hospital in Jonesboro after a brief illness. He was surrounded by loving friends and family. He was born to the late George W. and Elaine Smith Bonner on May 13, 1947, in Center, Tx. Joe was a retired professor of music at Arkansas State University from 1984 to 2017. He graduated from Hemphill High School in Texas in 1965. Following graduation, Joe served his country in the United States Air Force during the Vietnam Conflict. Following basic training, Joe joined a USAF Band in Southeast Asia, playing trombone and was then promoted to drum major. The Band served the conflict area by playing concerts and ceremonies for our troops. Following his military service, Joe enrolled in college and received a Bachelor of Flute Performance from the University of Houston in 1978 and a Masters in Flute Performance from Stephen F. Austin State University in 1983. He was doing post graduate work at Arizona State University in 1984 when he joined the faculty at Arkansas State University. He continued post graduate work at the University of Memphis in 1986 -87. Joe was an artist level performer on flute. He performed numerous recitals and concerts, as well as playing festivals and conventions and holding master classes. His knowledge of music history and literature possibly eclipsed his talent on flute. He was well versed in both instrumental and vocal music literature from all historical periods. Students have lavished praise upon Mr. Bonner for introducing a variety of music in the classroom. Even when studying what some would call “boring” music, he could make it more engaging. He was a celebrated professor in the ASU Honors Program. His class on Rock and Roll history was always very popular. Joe was a consummate musician with a legacy of hundreds, if not thousands, of students thankful for the time spent with this master. His students have gone on to become band directors, university professors, professional performers and, maybe most important, supporters of music. In addition to his parents, Joe was preceded in death by his brother, George W. Bonner II, and sister, Mary Elaine Bonner. Survivors include his daughter, Cai Hopkins, and her mother, Dawn, cousins, as well as a multitude of friends and colleagues. It was Joe’s wishes for no funeral service or visitation. His cremains will be placed in the family plot in Texas. A celebration of his life for students and friends will be scheduled later. “He who has gone, so we but cherish his memory, abides with us, more potent, nay, more present than the living man.” Antoine de Saint-Exupery, Writer Tri-City LLC Crematory Funeral Home is honored and privileged to serve the friends and family of Mr. Joe Bonner. Lasting donations in memory of Joe may be sent to ASU Department of Music, PO Box 779, State University, AR 72467. Please note "In memory of Joe”. Online condolences may be expressed at http://www.Tri-CityLLC.com .

JONESBORO &#8211; Joe David Bonner, 74, of Jonesboro passed from this life Tuesday, Aug. 31, 2021, at NEA Baptist Memorial Hospital in Jonesboro after a brief illness. He was surrounded by loving friends and family. He was born to the late... View Obituary & Service Information

The family of Mr. Joe David Bonner created this Life Tributes page to make it easy to share your memories.

JONESBORO – Joe David Bonner, 74, of Jonesboro passed from this...

Send flowers to the Bonner family.