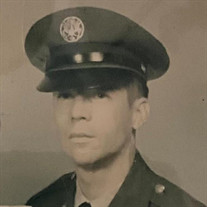 Leon Bagley, age 78 passed away Friday July 2, 2021 at his home in Lafe, Arkansas. Born and raised in Van Buren, after high school Leon proudly enlisted in the United States Air Force and served for eight years as an aircraft mechanic working on B-52's. Also while serving in the Tennessee Air National Guard, he was also working as a civilian at Blytheville Air Force Base as a refueling mechanic. He retired from both the Air National Guard and Civil Service. On the 24th of July, 2021 Leon and his wife Pamelia would have shared 54 years of marriage together with a whole lot of love, support, communication, and patience.  They both were the best thing for each other.  Together with the values of honesty, hard work, and keeping a strong moral compass was how he lived his life. Leon was a dedicated family man and a true friend too many, he will be greatly missed. Leon enjoyed fishing, water skiing, riding his Harley Davidson motorcycle often with family and friends and was known to compete at George Ray’s Drag Strip with a blue Ford pickup truck he was very proud of. He was preceded in death by his son Richard Leon Bagley, his parents Paul and Oma (Cline) Bagley and a sister Geraldean Bagley. Leon leaves behind his wife Jocie Pamelia (Stanfill) Bagley of Lafe, AR; his son Carl (Frankie) Bagley of Van Buren, AR and daughter Dianna Novak of Cabot, AR; grandchildren Amanda Kerwood and Richard Barnum both of Paragould, AR, Matthew Bagley, Shawn Bagley and Christopher Bagley all of Van Buren, AR; great grandchildren William Jones of Lafe, AR, Adailyn Barnum and Nicholas Barnum of Paragould, AR and Lucus Bagley, Sadie Bagley and Richard Bagley of Van Buren, AR; one sister Jane Grahm of Van Buren, AR; along with many nieces, nephews, cousins, and life-long friends. There will be a private family celebration at a later date. Expressions of sympathy should be sent directly to the family. Tri-City LLC Crematory Funeral Home is honored and privileged to serve the Bagley Family. Online condolences may be expressed at www.Tri-CityLLC.com .

The family of Mr. Leon Bagley created this Life Tributes page to make it easy to share your memories.

Send flowers to the Bagley family.