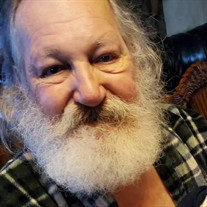 Richard Ivan Davis, 67, went to meet Jesus on August 20, 2021 from his home in Lake City, Arkansas.  Knowing where he is eases the heartache a little, and even though our time with him was cut short, the memories with which he’s left us will be cherished forever.   He was born November 27, 1953, in Peoria, IL, the son of Richard and Dorothy Davis. He grew up in Springbay, IL which is where he met and married his high school sweetheart before joining the United States Army. Richard had a successful career as an OTR driver. He was known by loved ones as a man who always followed his dreams and found a way to make them happen.  His strong spirit and feistiness couldn’t easily be beaten. Richard had a passion for tinkering and accessorizing race cars and motorcycles and was always up for watching a good movie. Words cannot express the deep sorrow and loss of those who loved Richard. His smile and playful nature will be greatly missed by many.     He was preceded in death by his parents, Richard and Dorothy (Platz) Davis. Richard leaves behind his best friend and wife of over 50 years Linda (Matheny) Davis of Lake City, AR; three children Richard (Michelle) Davis and Brandy (Brent) Smith both of Lake City, AR and Susan (Chris) Lassley of Gosnell, AR; seven grandchildren Christian Davis, Anthony (Brittni) Davis, Aubrey Davis, Rikki Jo Smith, and Brandon Smith all of Lake City, AR and Autumn Slater and Peanut Slater both of Gosnell, AR; three great grandchildren Hendleigh Davis, Haynes Davis and Atreus Smith all of Lake City, AR; one sister Linda Sue Hildebrand of Lake City, AR; and many life long friends. Richard’s final request has been honored by his family. There will be a private family celebration at the home at a later date. Expressions of sympathy may be sent directly to his family. Tri-City LLC Crematory Funeral Home is honored and privileged to serve the Davis family. Online condolences may be expressed at www.Tri-CityLLC.com .

Richard Ivan Davis, 67, went to meet Jesus on August 20, 2021 from his home in Lake City, Arkansas.  Knowing where he is eases the heartache a little, and even though our time with him was cut short, the memories with which he&#8217;s left us... View Obituary & Service Information

The family of Mr. Richard Ivan Davis created this Life Tributes page to make it easy to share your memories.

Send flowers to the Davis family.