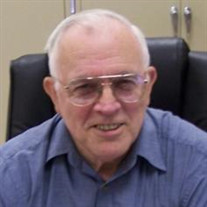 William “Bill” Haven, Jr. , 77, of Blytheville, AR, passed away May 16, 2020, at Baptist Hospital in Memphis, TN following a long illness. He was born February 23, 1943 in Nashua, NH to William Haven and Pearl (Nash)Haven, who preceded him in death. In 1965 he married Rosalind Bradshaw and they raised six children together. In 1990 he married Beth (Grider) Kern and gained a stepdaughter and stepson. Bill spent 27 years in the military, dividing his service time between the Marines, South Carolina Air National Guard, and the Air Force, retiring from the Air Force in 1990 as a Master Sergeant. He retired in 2009 from Tenaris in Blytheville, AR where he had been employed as an electrical engineer. Along with numerous military certifications, he earned an Associate Degree in Electronics Engineering from Florence-Darlington Technical College and a Bachelor Degree in Electrical Engineering from Almeda University. In addition to his parents, he was preceded in death by his stepfather, Malcolm Taylor; a half-brother, Jeff Haven; a son Charles Haven; two grandsons and a great-granddaughter. He is survived by his wife, Beth; his sister Shirley (Don) Hand of Clearwater, FL ; children Marvin Harris Haven of Milledgeville, GA; Mary-Rose (Jack) Palacios of Shawnee, OK; Aimee (Lee) Sabrsula of Wellston, OK; Joseph (Tina) Haven of Lindale, TX; and John (Heather) Haven of Rocky Face, GA; stepchildren Emily (Bryan) Dunham of Blytheville and Ryan (Amanda) Kern of Paragould, AR; 28 grandchildren and 23 great-grandchildren with another expected in June. Per his wishes, he has been cremated. There will be a celebration of Bill’s life at 11 AM Saturday July 11, 2020 at Beacon Baptist Church in Blytheville. Tri-City LLC Crematory Funeral Home is honored and privileged to serve the family of Bill Haven Jr. Online condolences may be expressed at www.Tri-CityLLC.com.

The family of Mr. William Lester Haven Jr. created this Life Tributes page to make it easy to share your memories.

Send flowers to the Haven family.